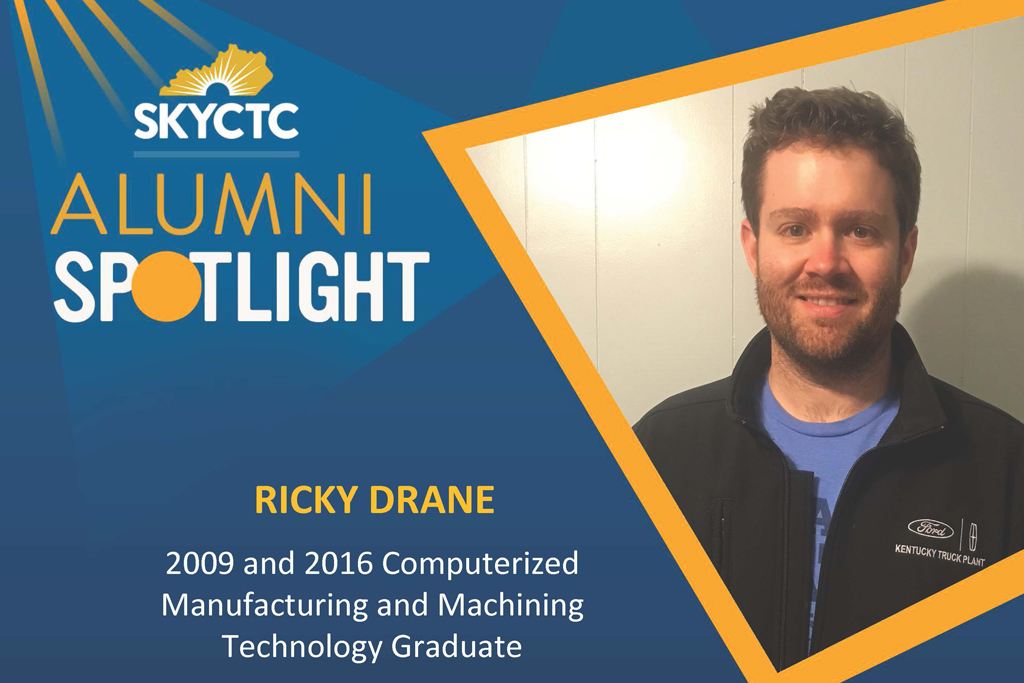 Why did you choose to attend SKYCTC (formerly BGTC)?

"I moved to Bowling Green to attend WKU. I had just been discharged from the Navy. I couldn’t get into WKU at the time because of financial aid. My financial aid counselor at BGTC, Rick Wilson, got me lined up to attend school in Spring 2007. I took 12 credits of general education. I originally planned to just do general education there, but decided to go into a technical program over that Summer. I went into the Machine Tool Technology program and began Fall 2007."

Who influenced you most during your time at SKYCTC (faculty/staff)?

"Rick Wilson (College wouldn’t have been possible for me at that time without Rick.)

Brian Janes (Took over a tough situation in the Machine Tool Technology program the first day of class.)

Tomie Walters (Always let me work in the library according to how much homework needed to be done. I got to leave early a good bit.)"

"As a former student worker in library, use the library resources as much as possible. The staff there is great and will help you with all your study/research needs."

"I have completed school through my masters, and I’m working on my doctorate now. To this point, the only education I’ve used for work is from my time at SKYCTC. I used my machine tool classes to work at CGS Machine and Tool there in Bowling Green and Lincoln Tool, Inc. in Hodgenville. I went into Tool and Die at Metalsa in Elizabethtown, and now the same position at Ford Motor Company. None of it would have been possible without my time at SKYCTC."

What advice would you give current students interested in pursuing a career in your professional field?

"Focus on each class, especially the early ones. Manual machining skills are very important in the industry still. Also, focus on trigonometry."