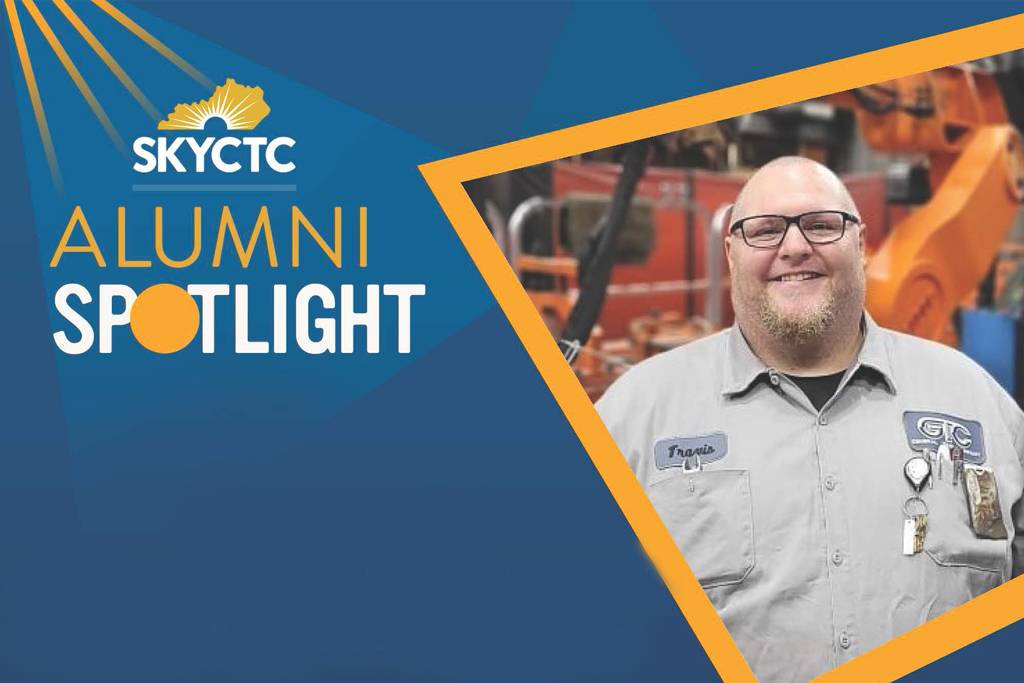 Travis Besaw is a 2017 graduate from the SKYCTC Welding Technology program and served as a Student Ambassador while attending SKYCTC. Travis currently resides in Edgewood, Kentucky and is employed with General Tool Company in Cincinnati, Ohio, as a Level 2 welder/fabricator robot operator and programmer

Why did you choose to attend SKYCTC (formerly BGTC)?

"Because it was the only school in Bowling Green that had a Welding Technology major, as well as the most knowledgeable instructors and the tools to learn the trade."

Who influenced you most during your time at SKYCTC (faculty/staff)?

"First and foremost, Get Involved. Whether that is participating in events or joining a club, your college experience will be more enriching and will help you pull through those tough times or hard semesters. Lastly, know that the instructors, staff, and student ambassadors at SKYCTC want to see you succeed, so go to them if you have issues or need any help."

"My career path is as nontraditional as it can get. From graduating high school to the time I started SKYCTC was nearly 15 years. So needless to say, I had already took a step or two into the career path I am currently on, but SKYCTC gave me that boost to not just push me a few more steps. Rather, it helped me run clear into another room that was greater than the last.

What advice would you give current students interested in pursuing a career in your professional field?

"Best advice I will give someone who is interested in the welding field is just go for it. It is a trade that can take you anywhere and do things that only a few can do. In my career, I have welded truck frames for Ford. I welded security cabinets for stores. I welded on the tallest and fastest dive roller-coaster in the world, called The Yukon Striker. I welded on roller-coasters that are now in China, and now I weld together everything that makes up the Electro Magnetic Automated Launch System or EMALS that launch the fighter jets and airplanes off US Navy aircraft carriers."