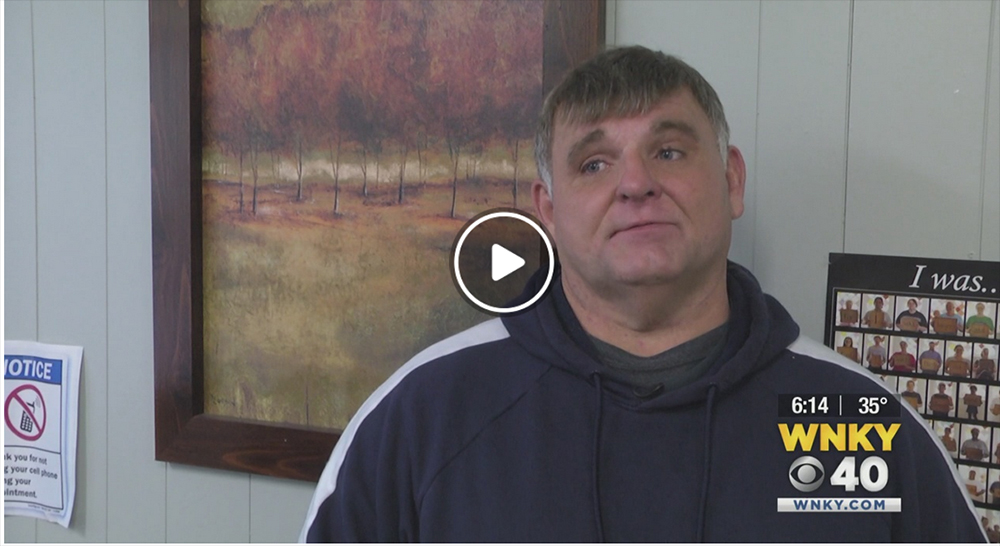 BOWLING GREEN, Ky. – Meet James Macey Flippin, a homeless man in Bowling Green who was once addicted to drugs and alcohol and is now nearly six years sober and beginning a steady career.

Flippin was a football player in high school in Monroe County, but drugs pulled him to a place he says he never wants to be again.

After his run in with the law, Flippin decided it was time to change himself.

He sought out help from the Career Team, Hotel Inc., Hope House, the Salvation Army, and other agencies and with their help, he is getting back on his feet.

Flippin recently passed his Commercial Drivers License test and will begin a career with a trucking company in mid-January.

“It took a lot. I studied before I even went there. It was so hard. It was the hardest thing I ever went through in my life. I struggled and I was like, nearly begging to make sure that I passed because I couldn’t fail. I had to be successful in this situation, because a lot of times I’ve failed in my life, and I want to be successful,” said Flippin.

Amy Settles, who is part of the Career Team with the South-Central Kentucky Workforce Development Board, helped Flippin get into SkyCTC’s Commercial Drivers Licensing program.

Settles says Flippin’s story is a highlight of her career.

“I am super proud of James. He is my favorite,” said Settles.

Flippin says he is thankful for every person who helped him along his journey of redemption and has a goal of becoming a minister someday.

“I’m so proud of this. It’s good money too, and I’m going to finally better myself in life,” said Flippin.