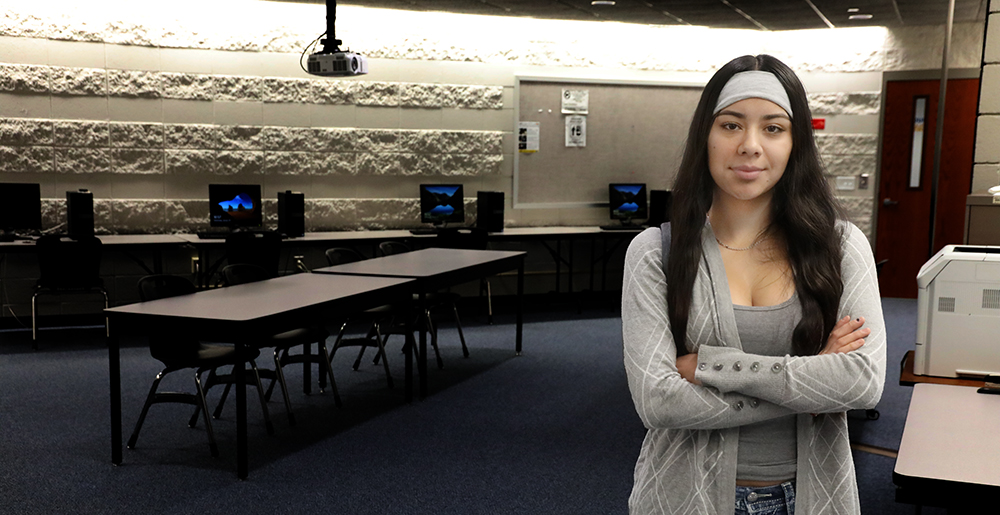 January’s PBL Member Spotlight features Magdalena Ramirez. Magdalena was born in Kentucky, but she spent a couple of years in Mexico. She returned to the United States to start her education.

What brought Magdalena to SKYCTC? “I was not aware that SKYCTC existed, and I was an 18-year-old girl who was undecided what I was going to study, but what I was sure of was that I wanted to pursue higher education. Mrs. Griselda, one of my teachers, suggested starting off at a community college and I love it so far,” she says.

Magdalena was recently studying business, but she decided to enter the field of nursing and will be pursuing an Associate in Science degree. Magdalena would like to become a travel nurse after graduation.

Magdalena has a close-knit family. “We put our family members first. If one of us is feeling down, we pick each other up. We also love our dogs,” she says.

Magdalena is definitely an animal lover! She has two dogs, a German Shepherd named Riley and a Chihuahua named Shiesty. She also has seven turkeys, 20 chickens, seven ducks, and two parakeets. Magdalena loves being creative including makeup application, photography, designing clothes, drawing, and cooking. A fun fact about Magdalena is that she has a big passion for graphic designing.